From the National Register of Historic Places: “The Rensselaer Society of Engineers House, located on the campus of the Rensselaer Polytechnic Institute (“RPI”) in the City of Troy, Rensselaer County, New York, was built between 1923 and 1924 to the designs of Bertram Grosvenor Goodhue (1869-1924), among the foremost American architects of his time. This large residential building, with its asymmetrical massing of simple, geometric elements, coupled with the simplification or omission of “correct” academic detail which was typical of Goodhue at his best during the latter years of his practice, characterizes the overall design.

The building was conceived and built to provide living, sleeping, and dining accommodations conducive to academic pursuits for the members of the Rensselaer Society of Engineers (“RSE”) while undergraduate students attending RPI. Goodhue designed the building to accommodate 32 members and realized that, as all individuals are not identical, a separation of the daily living functions of studying, sleeping, dressing, and dining would benefit both the members individually and the Society as a whole.

Completed in 1924, the building has changed little in the ensuing years, as the basic interior spatial concept implemented by Goodhue has ably served the needs of the membership. The exterior of the building, with its restrained and sedate classically inspired details, also remains largely unaltered and continues to reflect Goodhue’s design intent for it.”

The House remained largely as built until the late 1960s. An effort led by Lombard Pozzi ’67 partitioned  the  Second Floor’s open area into a series of rooms. The separation of the daily living functions of studying, sleeping, dressing, and dining was maintained.

Several other large projects have been undertaken in the last 40 years including replacement of the electrical panels, restoration of the Front Door and Living Room, substantial repair to the Front Porch and a large scale plumbing replacement including connections to the street. 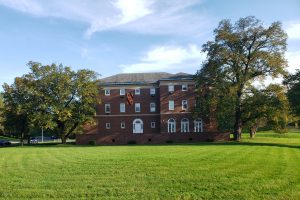 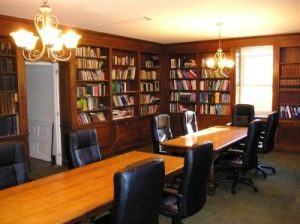 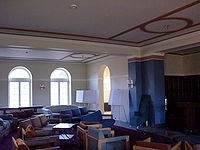 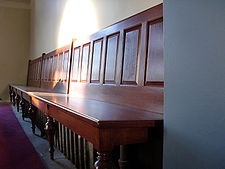 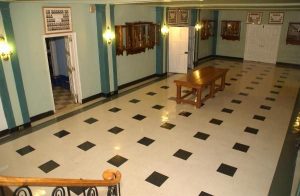